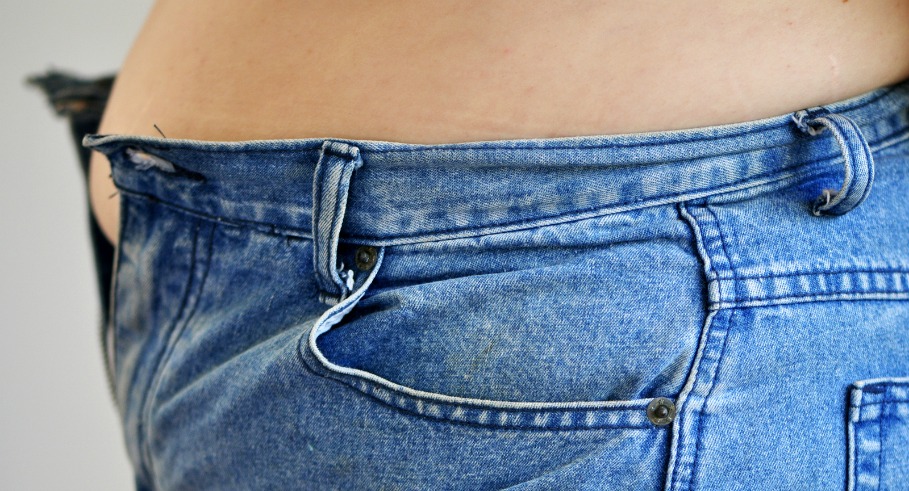 Late September wasn’t just the start of autumn — it also kicked off the start of Weight Gain Season, according to data crunchers at Withings.

Data analysts at Withings, the company that makes Internet-connected trackers, scales and other health monitors, looked at the data of 65,000 users of connected scales and found out that there is a day in September when most Americans start gaining weight. It’s Sept. 23 to be exact.

And sure as shootin’ I looked at my Withings dashboard and saw on that day that I was a couple pounds less than I am right now, despite all my kale eating.

As a longtime fan of Withings scales, I’m trying out its new Body Cardio device, which measures far more than just pounds. It also tracks body fat, water percentage, muscle mass and bone mass, which is far more important in the long run. Knowing that your fat mass is shrinking while you’re gaining muscle and staying properly hydrated can explain a lot when the pounds aren’t budging. In addition to those measurements, the Body Cardio also reads your standing heart rate and something called Pulse Wave Velocity, which is linked to the health of your arteries. My Pulse Wave Velocity is in the normal range and inching down toward optimal, and I’ve noticed that the more I exercise and build muscle the better it gets.

But there was some good data that was crunched. Researchers looked at the 1 out of 3 people who succeed in maintaining their weight after Sept. 23 and found that they monitor their numbers 40 percent more than the others, are 23 percent more active and 78 percent of them set a target weight.

So how can we avoid the Grinch of weight creep? That curmudgeon hangs around until February, when the curve starts heading downward.

1. Take a holiday decorations walking tour. Check your local media for the brightest and most festive neighborhoods. Bring hot cider and park a few blocks away.

2. Journal what you eat. Committing to writing down everything you eat from one piece of pie to a spoonful of cornbread stuffing will help you become conscious of what you put in your mouth and you inevitably will eat better. We’re big fans of Fitbook if you’re into paper, or My Fitness Pal if you want to journal on your phone.

3. Yes, you can drink alcohol. Most traditional cocktails average more than 250 calories, so look for less sugary options. A wine spritzer is approximately 60 calories. Or opt for champagne; an average flute is about 80 to 100 calories.

5. Eat wisely before, during and after. Create a plan, make smart food decisions and don’t deprive yourself.

6. Eat breakfast. Skipping a meal to “bank” your calories so you can eat more at dinner is a bad idea. Not only will you starve your body of calories needed for energy, you’ll actually eat more erratically at the big meal to soothe your hunger.

7. Stop the all-or-nothing approach. “I ate one brownie, might was well eat the rest of the plate” makes no sense and yet that is exactly what we sometimes do. One brownie is okay, really!

How do you stay on track during the holiday season? —Gail