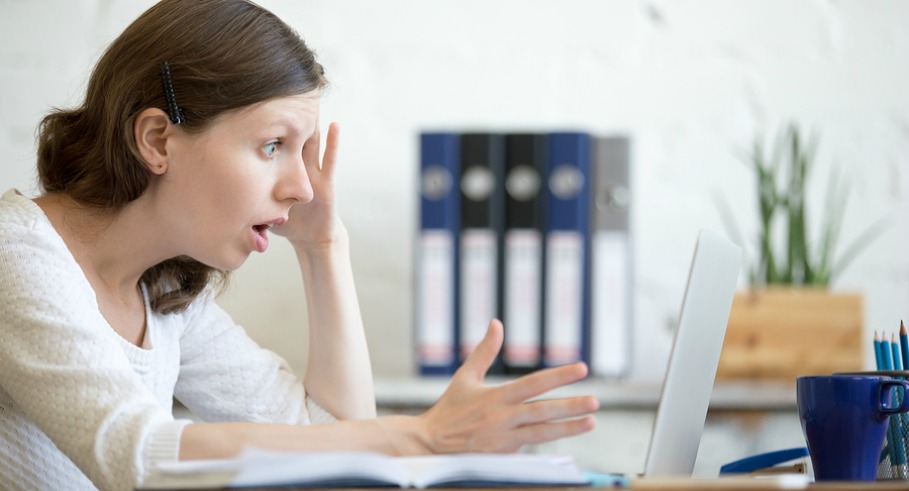 It’s no secret that our current political climate is stressful — and, honestly, that’s true regardless of which side of the aisle you fall on, because whether you or not you’re on board with the Trump administration, it seems there’s always something in the news to make your stomach churn.

So yeah. Unless you’re somehow able hide under a blanket and pretend none of this is happening, you’ve probably been feeling some additional stress in recent months.

Jane Krakowski made a half-joking reference to this idea — which is similar to the Freshman 15 (a phenomenon where college freshmen are likely to put on close to 15 pounds), but the idea is far more widespread than just her mention of it on late-night TV. Just the other day, I was listening to NPR, and they dove into this idea, asking Ohio State University’s Janice Kiecolt-Glaser, who studies how stress can influence our bodies the way we eat, whether the  “Trump 10” is for real — and while we can’t attribute any recent weight gain directly to who’s in office, it turns out that it’s totally possible that the stress so many of us are experiencing due to the state of politics is leading to us chow down on higher-sugar, higher-calorie foods.

What to Do About the Trump 10

If this is sounding way too familiar, don’t stress — it doesn’t mean that you’ll be in a constant state of weight gain until the next election cycle. (And good thing, because I’ll be honest — it’s not likely an election year is going to help with my stress levels if literally every other election year in my adult life is any indication.) But it might mean you need to make a few changes. Here are a few good places to start.

Stop plugging in all day, every day. How many times have you clicked on a headline thinking, “I’ll just give this a quick skim to see what’s happening,” only to find yourself down a rabbit hole an hour later. Sure, you might now be intimately familiar with how the various news publications are all framing the latest controversy, but has it actually improved your life? Same thing with checking every new Tweet or Facebook post that comes up — you might feel marginally more well-informed, but that constant checking is also keeping you in a state of heightened awareness — and stress.

I’m not saying you need to fully unplug — because I’m sure not about to. But I do recommend you set yourself some reasonable limits. For example, I listen to NPR One each morning as I’m making my breakfast and getting ready, and if I have time while I eat, I’ll take a peek at theSkimm to see if there’s any other big news I’ve missed. Otherwise, I try to stay away from the news until I do a quick check of the headlines after work — then I stay away again until the next day.

Make mindful eating your new normal. It’s easy to turn to food in times of stress — and it’s also easy to judge yourself harshly for doing so after the fact.

So, what’s a stressed out gal to do? First, do your best to start tuning into your hunger and fullness cues on a regular basis — not only when you’re feeling particularly stressed. (Same thing goes for alcohol. I’m not one to turn down a glass of wine, but I think it’s smart to take note if you notice you’re imbibing more than usual or feel out of control, in which case seeking the help of friends of a professional might be in order.)

Then, incorporate a few healthy eating guidelines, like having fresh veggies on hand for snacks — and always reaching for those before turning to chips (or whatever your particular comfort snack might be). And make sure you’re getting in some veggies at every meal. Veggies! Veggies can solve a lot of problems, guys.

When this feels like too big a challenge to surmount, remind yourself that, regardless of what’s going on in the world, you are worth taking care of. You deserve to be healthy. You deserve to feel good. This isn’t about size or weight — this is about your physical (and emotional) health.

Force yourself to be present. Ever feel like the world will collapse on itself if you don’t keep up to date on exactly what’s happening? Or, if you stop worrying about the state of our country, it’ll fall apart? Because I’ve totally felt that way — and I’ve totally realized that none of that is true in the least.

I can’t stop myself from worrying about issues that are close to me — and I don’t want to, at least not entirely, because I want to remain committed to working toward making changes, and there’s probably never been a better time to donate or volunteer for causes you believe in. But I can force myself to stop worrying for periods of time by focusing my attention elsewhere. Often, for me, that’s by doing some sort of workout (which, of course, is another thing that actively helps combat any political stress-related weight gain, right?), but I’m also a voracious reader, so having a good book at the ready is key. And I’ve begun to tap into my creative side a bit more. I bought some nice markers and have learned to do bounce lettering, and it turns out I really enjoy playing with watercolors — even though I really have no idea what I’m doing and half of my creations are flat-out embarrassing.

The fate of the world doesn’t rest on your shoulders — and stress eating a doughnut won’t actually improve the situation that’s stressing you out, right? Right! (Although, hey, if you really want a doughnut, then eat a doughnut! Just make sure you enjoy every last bite.) —Kristen