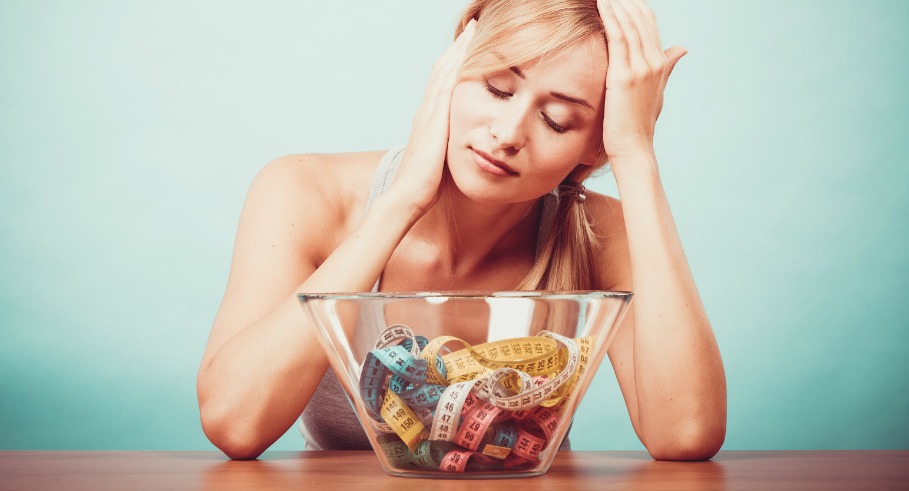 Fit Bottomed Girls are not into dieting, and we have some new scientific support for our stance.

If you’ve ever wondered if that new fad diet you heard about would work for you, all you have to do is ask yourself how the last one went.

That’s not meant to be snarky. It’s the truth.

A new study shows that dieting success may be hard-wired into your brain. If you’ve never dieted (good for you!), this does not mean you should try it now to see how it goes. But if you have dieted (no shame — we’ve all made mistakes!), there might be another good reason not to bother in the future.

According to the study from Cognitive Neuroscience, it is easier for some people to experience success in dieting because “they have an improved white matter pathway connecting the executive control and reward systems in their brain.” In other words, some people naturally have a greater ability to ignore temptations, which is often a large part of dieting.

The study focused on 36 chronic dieters with an average body fat percentage of 29.6. The participants were asked to judge a variety of images. Some images showed food and the rest were random, control images. The research also measured the strength of the connection between the executive control and reward areas of the brain. Brain scans showed that the dieters responded more to the food images than the non-food images. The people with lower body fat percentages had a stronger connection between those brain areas (or “white matter integrity”), which shows they are more likely to be successful at dieting. The authors of this study call for more research to determine what affects the strength of that connection.

Now, if a diet has worked for you in the past, that doesn’t necessarily mean you should rush right back to it because you’ll be successful again. And if diets have never worked for you, here’s your proof that it wasn’t your fault. There are plenty of ways to be healthy, and “diet” can mean more than that torture you put yourself through to resist food and related rewards. You can totally have a healthy “diet” — in the more literal, this-is-what-I-eat-regularly-and-therefore-is-my-“diet” sense of the word — without depriving yourself of anything. That’s a “diet” we can support.

I’ll keep staying away from dieting because I know it won’t work for me anyway. Are you with me? —Megan