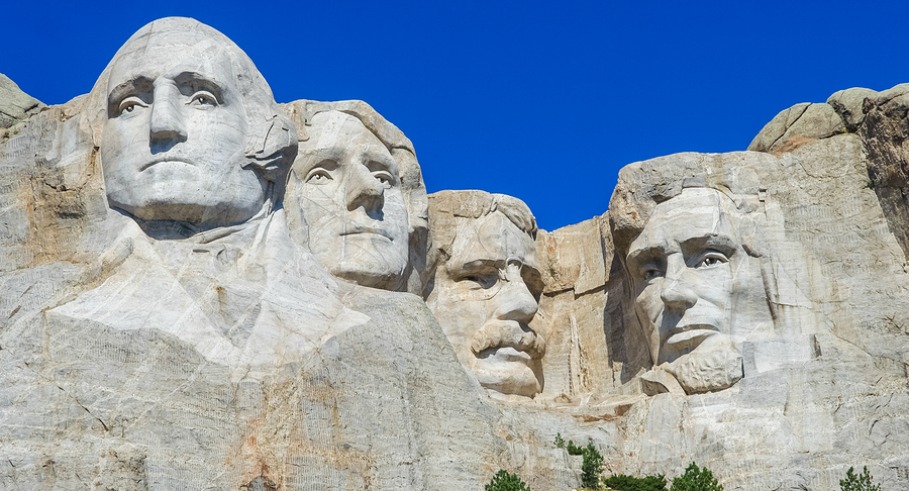 It’s election day! Which means that you should exercise your right. See what we did there?

And to celebrate both the democratic process and the conclusion of what has been the craziest and nastiest and longest election season ever, we thought it would be fun to share a little bit about our presidents’ fitness over the years. Gold’s Gym recently dove into the history books to identify who our most physically fit leaders have been. And the results are pretty fascinating.

Like, um, did you know John Quincy Adams swam (rumored nude) every morning in the Potomac River, Gerald Ford almost played in the NFL and Jimmy Carter was an insatiable outdoorsman?

Read on for the top 10 commanders-in-chief who made the “super fit” cut and what they did for workouts. 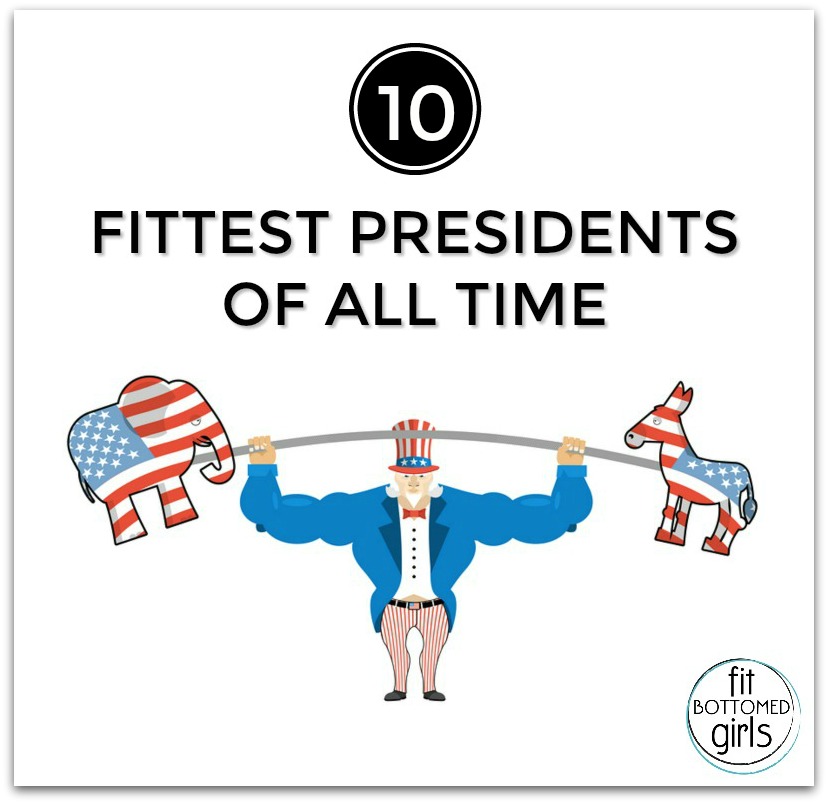 10 Fittest Presidents of All Time

1. John Quincy Adams: 6th President.One of the most intelligent and disciplined men to lead the country, Adams kept his body almost as active as his mind with three-to-four mile daily walks and (some say naked) swims in the Potomac.

2. George W. Bush: 43rd President. Popularity in the polls might be low, but his body fat percentage is lower. An avid cyclist, Dubya is said to exercise six days a week and steers clear of alcohol and cigarettes.

3. Gerald Ford: 38th President. Ford, who died at age 93 in 2006, may have owed some of his longevity to his athleticism. A former collegiate football star at the University of Michigan, Ford captured MVP honors during his senior year and turned down contracts with the Green Bay Packers and Chicago Bears for a career in law and politics.

4. Jimmy Carter: 39th President. Since boyhood, Carter has enjoyed physical fitness activities that range from hunting and fishing to mountain climbing and skiing.

5. Theodore Roosevelt: 26th President. Roosevelt fought through a series of childhood ailments with determination and, as an adult, took up a number of physical activities including boxing, horseback riding and hunting — and even became a cowboy.

6. Harry S. Truman: 33rd President. When sworn in, Truman appeared as the picture of health. In addition to installing a horseshoe pit and two bowling lanes at the White House, Truman was an avid walker and swimmer.

7. Zachary Taylor: 12th President. A regular exercise regimen didn’t always center on jogging and strength training. During Zachary Taylor’s day, military activity was a fundamental way to whip your body into shape and Taylor served in the army for 40 years. Despite his devotion to fitness, Taylor’s time in office was cut short when he died from what may have been cholera.

8. Thomas Jefferson: 3rd President. One “self-evident truth” that Jefferson believed in was that a person should be both physically and mentally fit. The legendary author of the Declaration of Independence enjoyed horseback riding, fishing and taking long walks, the latter of which he thought could be used to clear one’s mind.

9. Herbert Hoover: 31st President. Once called “notoriously lackadaisical” by the New York Times, Hoover’s physician remedied his sedentary behavior with the invention of a challenging combination of tennis and volleyball that employed a medicine ball and an eight-foot tall net. The game was later dubbed “Hoover Ball” — and Hoover stuck to the regimen, playing nearly every morning at 7 a.m. before official White House business began.

10. George Washington: 1st President. As a boy, the Virginia native kept active by canoeing down the Shenandoah River and, later in life, enjoyed dancing.

Fun, right? We’re thinking if they do this again in four years, Obama might have to make the list. He’s got serious basketball skills and due to that White House garden FLOTUS has, you know they eat right! —Jenn